Moving Across the Country by Myself – a Total Disaster

Next time you and your buddy consider moving cross country on your own, think again. I’ll tell you what happens when you have two guys in a truck go cross country from Los Angeles to D.C… Nothing pretty, that’s what.

My brother and I had just graduated from college— him with his masters, me with my measly little bachelors. We were heading back East to hunker down at our parents’ place for the summer and save up while we shook off our post-college haze. Even though we had graduated in May, being guys we didn’t start the move until July. That’s right, two months later. And that’s with two degrees between us. July, incidentally, is the middle of the summer.  Yup, we were driving in a moving truck across the desert of the Southwest United States in the middle of summer. 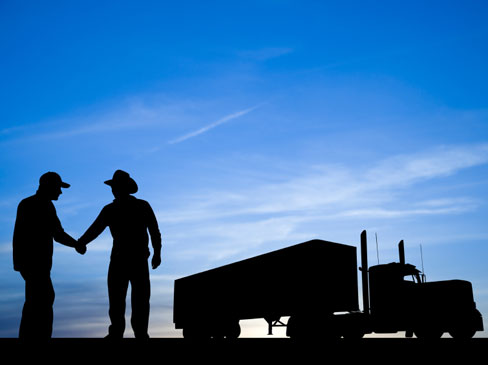 We managed to get our stuff loaded into the moving truck easily enough. We thought we were winners. Needless to say, that was the only easy thing that happened the whole trip.

You know when you watch a Western and people are riding across the desert in the Southwest for days with no towns in sight? It’s still like that. Luckily, we had a truck and not two horses. Of course, that truck’s AC broke down on the first day.

I don’t know if you’ve ever noticed, but guys smell.  When you have two guys in a truck for 5 days straight in the summertime with no AC, it stinks. The odor became so overwhelming that small children in cars passing by and excited to see a truck would wave at us, take a beat, and then start weeping uncontrollably.

That was our first two days. Then we stopped in Amarillo, Texas. Amarillo is a town which has been conveniently placed inside a giant dust bowl with constant 75-mile-an-hour winds. When you get out of your vehicle in Amarillo, your mouth fills with dust in two seconds… and then you fall over. Also, it’s 100 degrees for 6 months of the year apparently. I’m not entirely certain how people live there, but they do.

We stopped at a nice Mexican restaurant and were halfway through our nachos when we remembered that it was 100 degrees outside. And that all of our electronics and computers were in a truck. Baking in the sun.

So that happened, too.

Eventually, we reached the East. We experienced a momentary burst of joy at being in the general region of our childhood home, when we realized that the entire state of Tennessee was flooded. And, apparently, we had brought a baby chupacabra with us from the Southwest because there was something angry with sharp claws scrambling in the back of the truck.

Eventually, our suffering was over. When we reached home, our parents didn’t recognize us and wouldn’t let us in the house. Okay, that didn’t really happen.  They let us in… but they asked for IDs.

Liked that?  Check out  https://www.topmoverquotes.com for more tips and stories.